We had a free Saturday so we ventured west to Mbonege beach, a few kilometers up the road from Turtle beach.  Because this is a popular destination, the price was recently increased.  They now charge per head: 30 SBD/person for snorkeling and 100SB/person for diving.  This beach received its significant landmark on November 15, 1942, when the Kinugawa Maru, one of four Japanese transport ships that made it to Guadalcanal island that day, beached themselves attempting to deliver supplies and troops.  The ship was then attacked by the Allied forces and never left the beach.  The remains of the Kinugawa Maru sits in shallow water off Mbonege beach and is surprisingly still quite intact below the water line.  What is left is now a beautiful coral covered marine sanctuary. 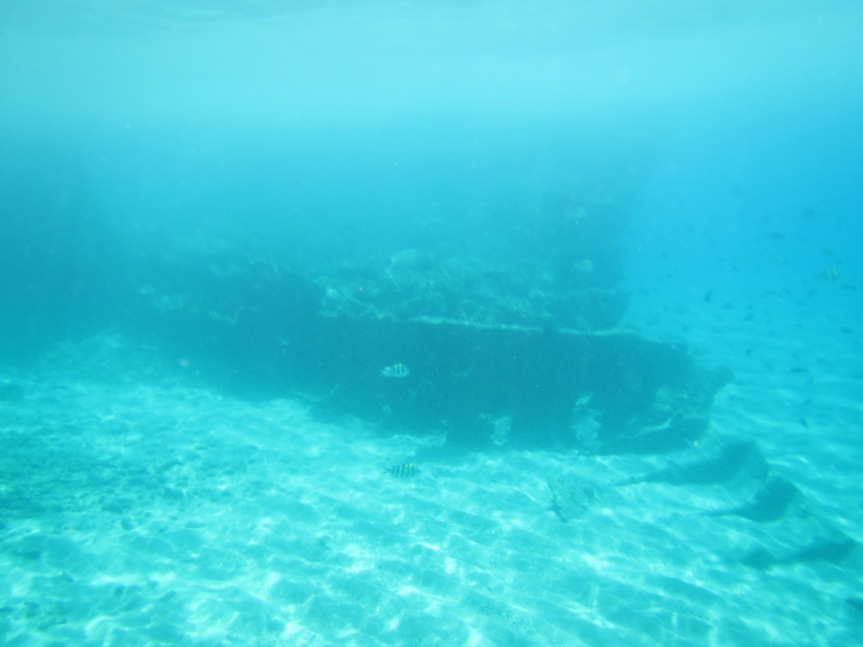 From the shore, the Kinugawa Maru doesn’t look like much, only a few pieces of the ship are visible from the beach.  But once you swim out, the ship appears with the bow in only 4-5 feet of water and then extends out into the ocean and is covered with soft corals and surrounded in marine life. The stern is in 60-70 feet of water and several of the decks and bulkheads are still fairly intact.

We had a great time snorkeling and even took a nap in the hammock on the beach between trips out to look at the reef.  The only bummer was that the rain the night before caused a weird salinity layer in the water which reduced the visibility quite a bit which is why some of the pictures look fuzzy. 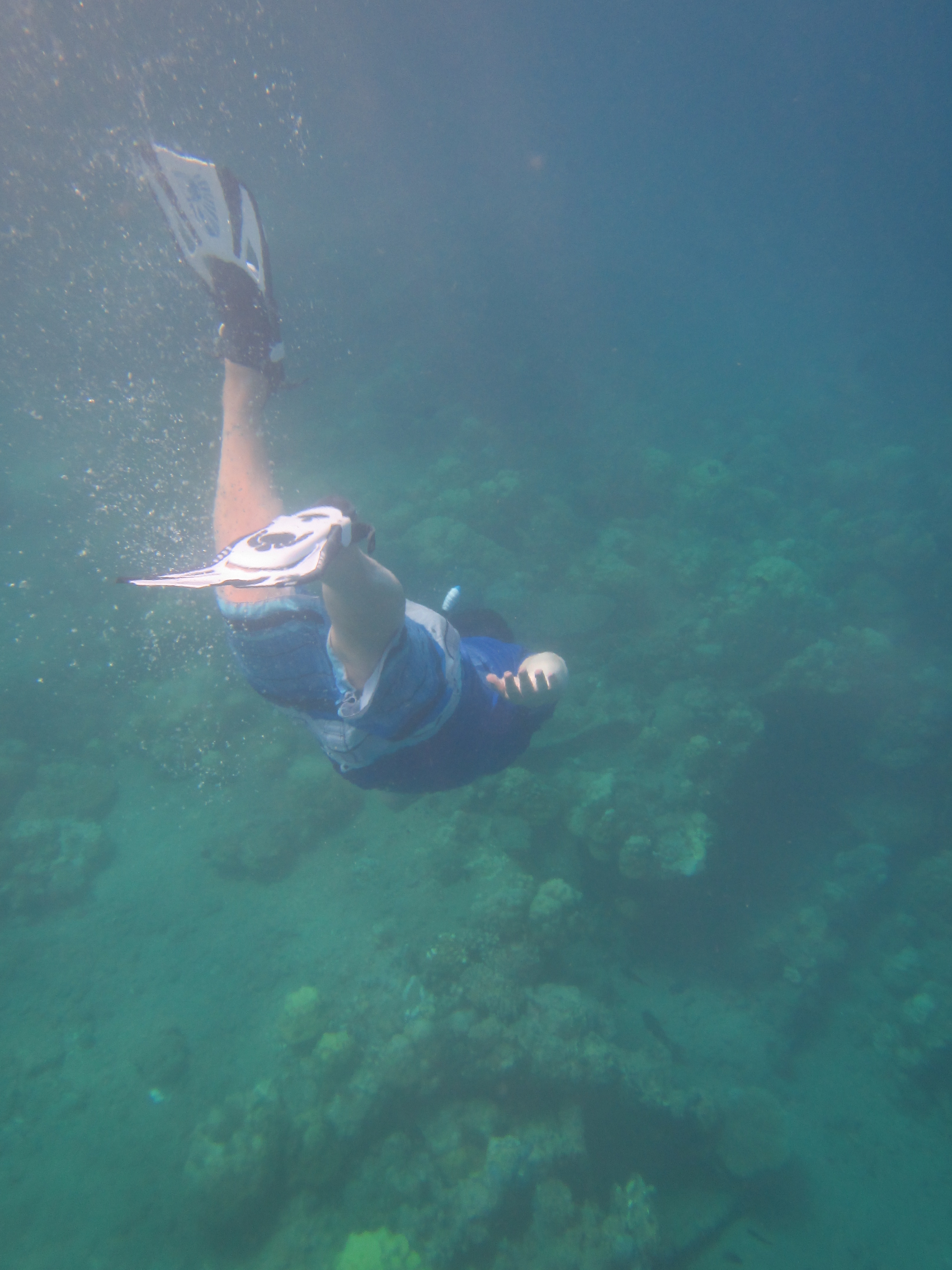 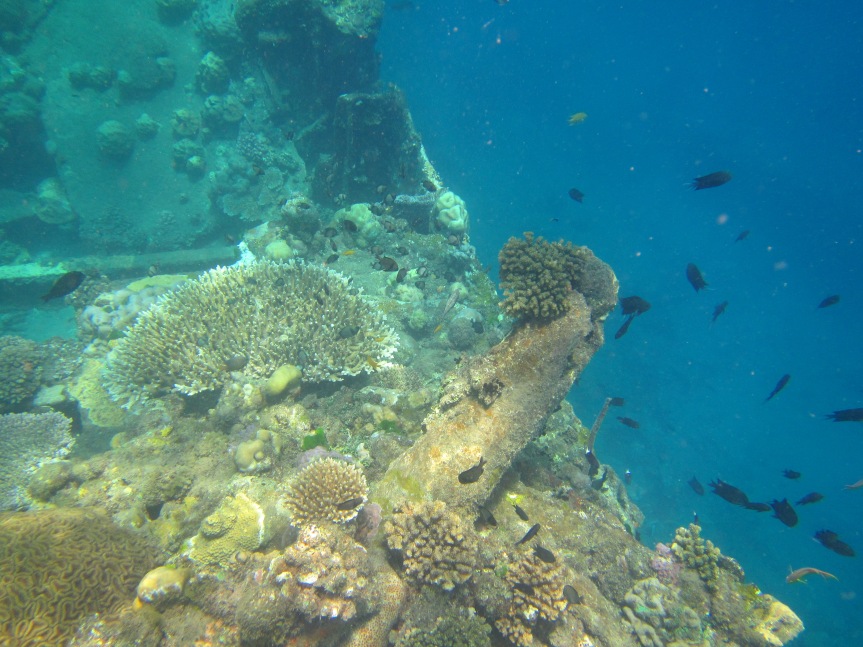 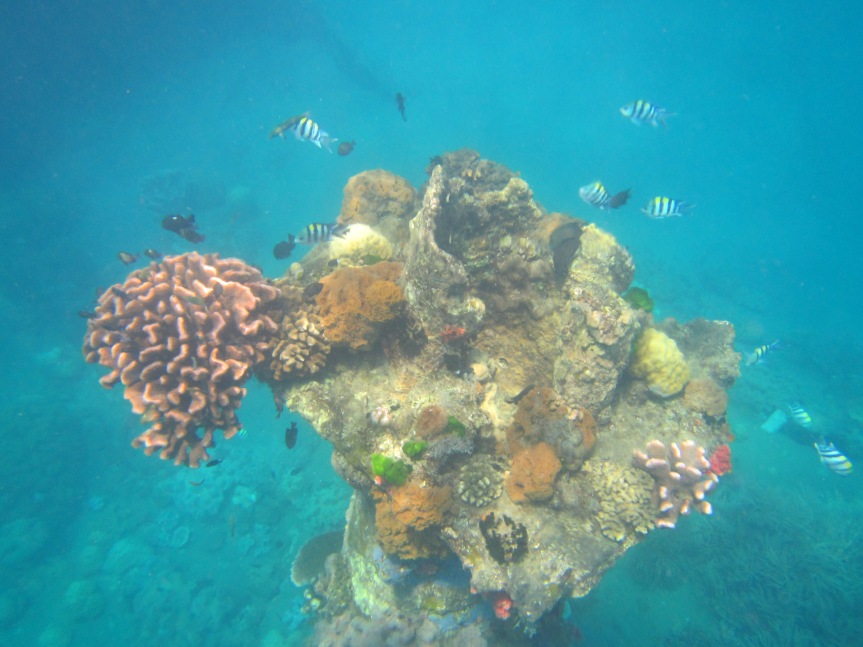 It was a beautiful place and a wonderful day, but we can’t wait to go back on a clearer day for even better views.  We might even try diving there.  Who knows?  Definitely more to come!